THIS ISSUE: “Victor West has some adjusting to do. Once, he was the heir to Westward Enterprises, with more pressure and responsibility than he ever dreamed possible. Now, the world barely remembers him. His family is all but estranged. And to top it all off, his new body appears to be a transforming, mechanized weapon of mass destruction. Which is, of course, totally hilarious.”

THE STORY: “Victor West did not ask to be born into wealth. He did not seek out the titans of industry that surround him, that pressure and push him toward a life of grand production and unending work. Heir to the fortune of Westward Enterprises, Victor has never had to try for anything; he has never had to strive or conquer or build. But that was before the accident. Today, Victor is a new man with a new body – and someone out there has resolved to make him pay for it. From the award-winning creator of The Colodin Project comes an all-new ongoing steampunk series, where the world follows only one real law: Achieve or die.”

Preorders are the best way to support independent comics. Ask your local comic book retailer to make sure your store has a Westward #2 waiting for you. Pre-orders close August 26th, so. Just sayin’.

For more information on pre-ordering, visit the Westward FAQ.

Read an exclusive preview of Westward #2 below. 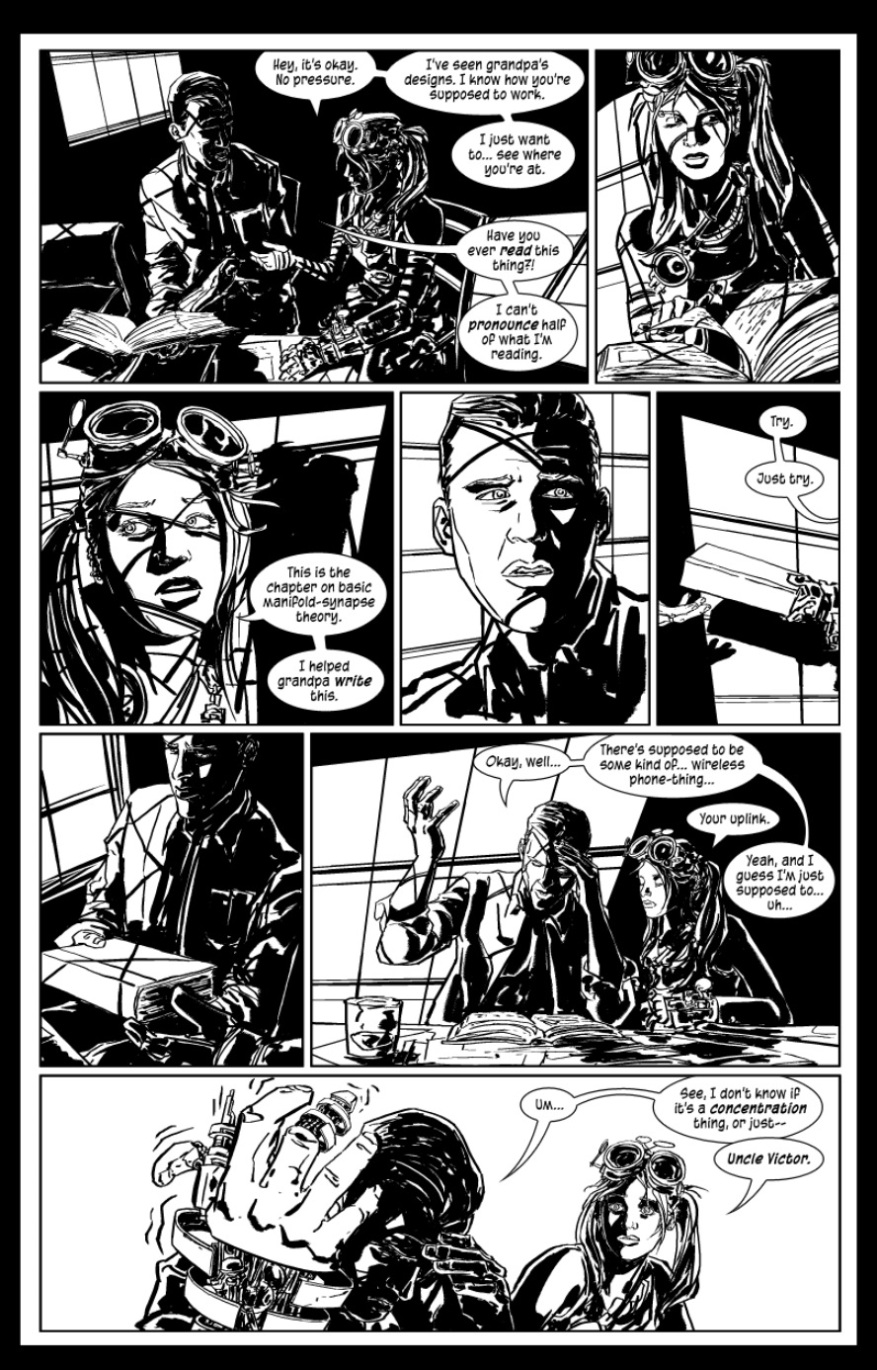 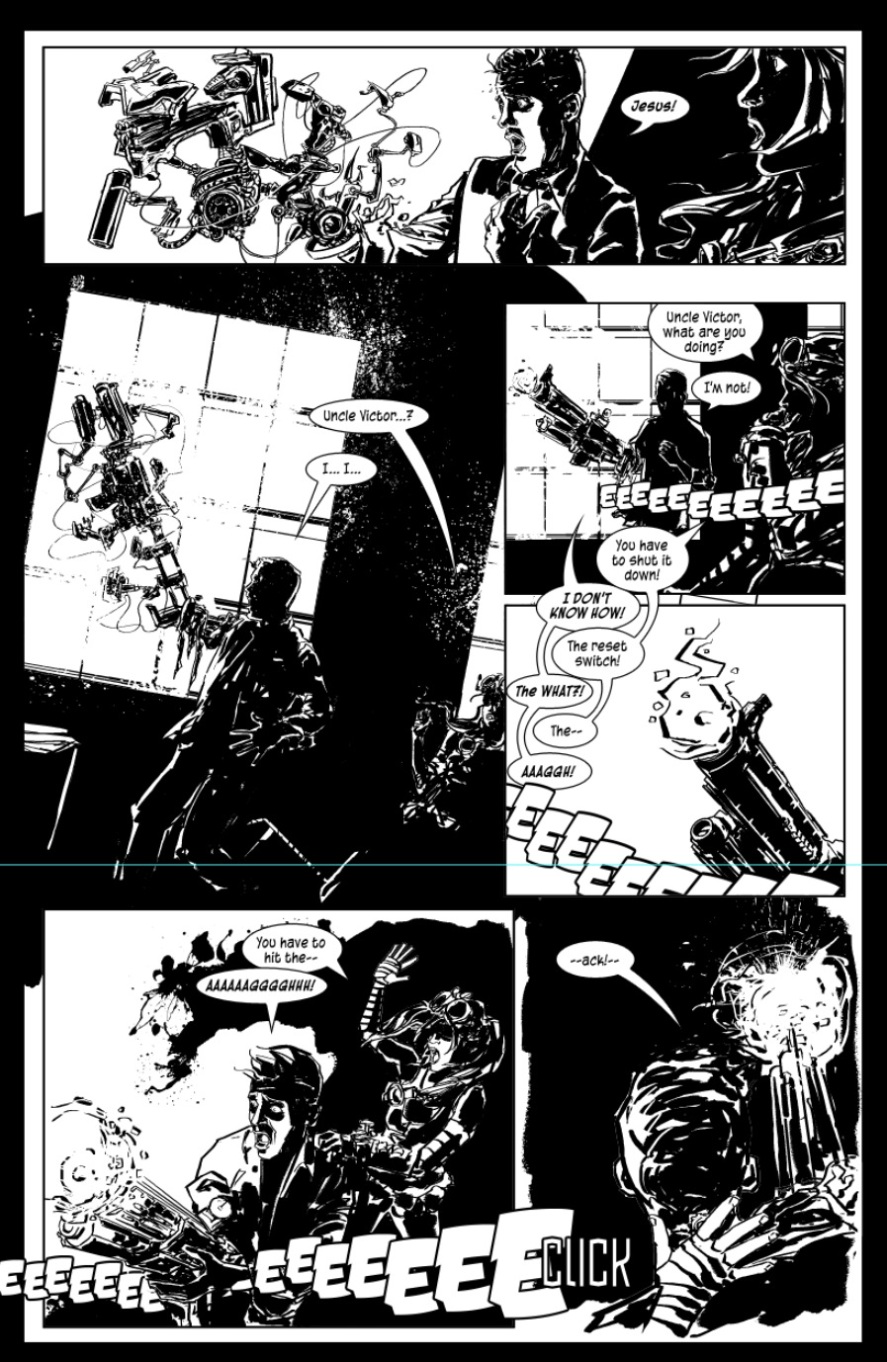 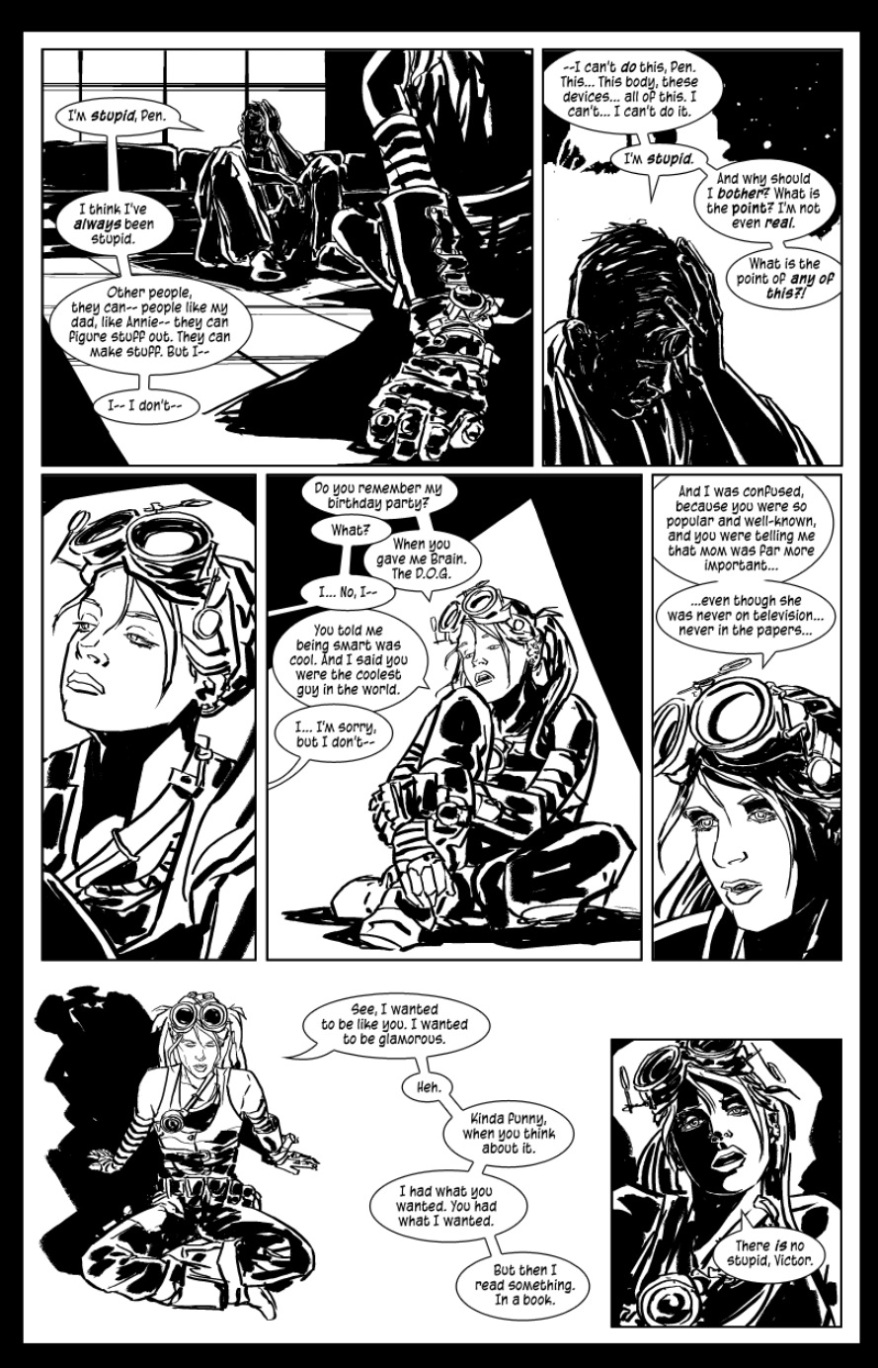 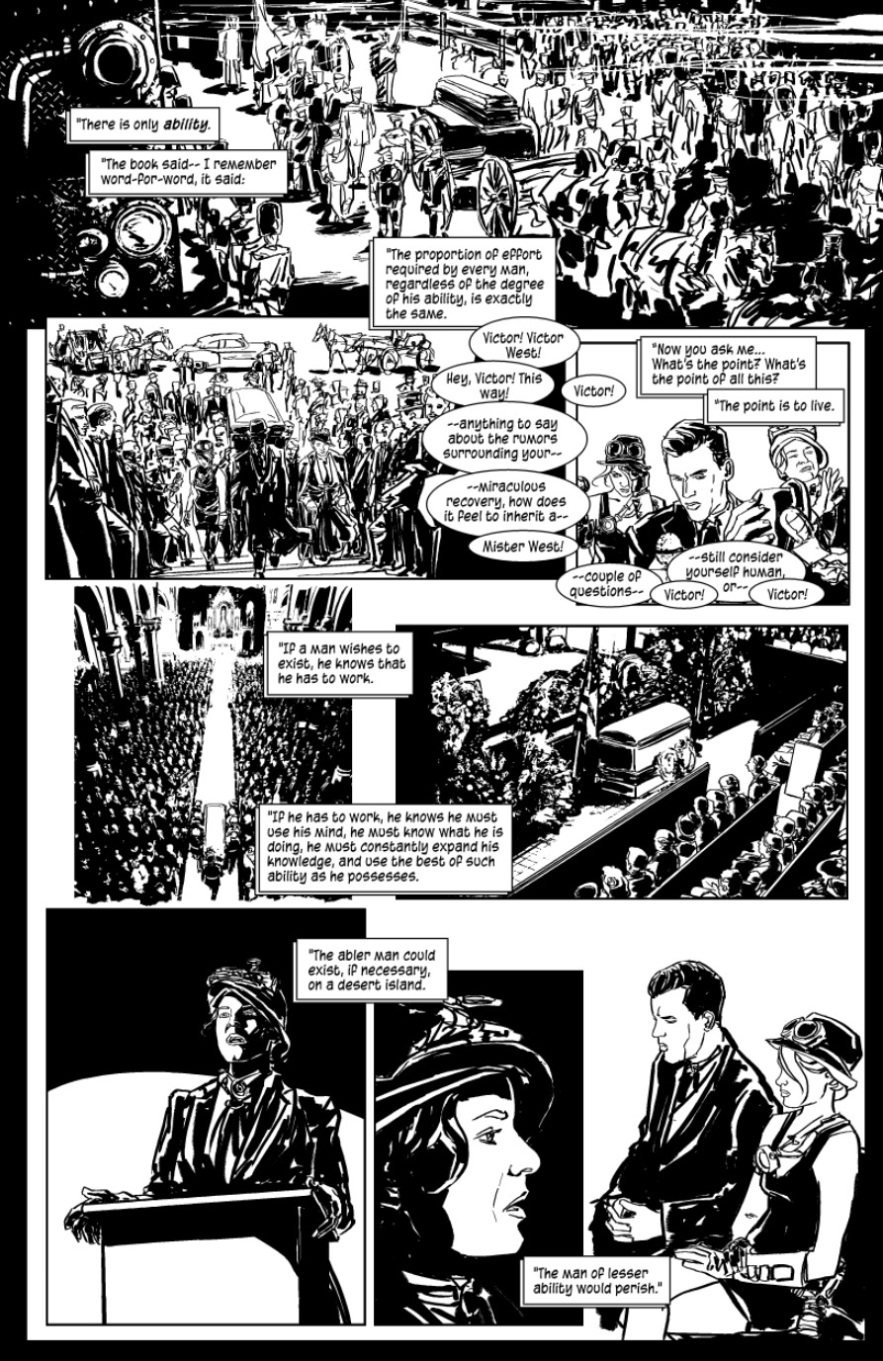 How can  I pre-order Westward?

Not a lot of people understand the way pre-orders work in the comic book industry. Pre-ordering is a simple, informal process. Just contact your local comic shop or retailer and ask them to order you a copy of Westward  during the month of its listing in June. If you aren’t sure where you local store is, you can use Comic Store Locator to find one near you.

Why should I pre-order? Can’t I just wait until it’s released in comic stores to pick up my copy?

No, because those copies will be reserved for customers who did pre-order.

See, when your comic book shop is stocking their monthly inventory, they have to guess at how many copies of a certain book are going to sell, and that estimate is generally guided by how popular the book already is. New, independent books have it tough; no one’s heard of them before, and there are many, many titles to choose from. Indy publishers don’t have the marketing teams and promotional budgets that Marvel and DC do. And if your book doesn’t make enough pre-orders, your book gets canceled.

This is why pre-orders are so important; they determine the book’s ability to continue. Think of it like this: Pre-orders are to comics what ratings are to television. If you’ve ever fallen in love with a well-written TV show that was taken off the air long before its prime, the reason will always come back to ratings; advertisers won’t finance a show that nobody’s watching, regardless of its quality. Likewise, Diamond (my comics distributor) won’t bother to list a book series that no one pre-orders.

I don’t like buying individual comic books; I like to wait for the collected trade paperback. Can’t I just do that?

Westward is Kinetic Press’ first serial, and its first story arch is a whopping ten issues long. I would very much like to see that story conclude, and I like to think you will too. But the series is in its infancy right now, and it’s relying on the support of readers like you to help see it through.

Are there any special advantages to pre-ordering?

All pre-orders will ship with a limited edition Westward print, signed by the creator and sealed in a plastic sleeve. Not all prints will be identical; there are four variant possibilities you could end up with, featuring different characters and clues to the mystery. If all 4 clues are collected and combined, they’ll reveal a secret location of something… very special.  The variants will be distributed randomly, so the more copies your store orders, the better your chances of unlocking the mystery.

Is there a deadline for pre-orders?

Yes. Diamond only accepts pre-orders from comic shops during the month of that particular item’s listing.

Okay, I’ve pre-ordered. How long until I receive my copy?

First of all, thank you. Second… Diamond’s distribution system releases their items two months after the initial pre-orders. Westward will always release 2 months AFTER you pre-order.

I have a friend who might be interested in Westward. Is there anything I can do to help get the word out?

Yes. Indy books from small publishers like Kinetic Press are best advertised through word-of-mouth, and the internet is a powerful tool. “Like” the Westward Facebook page, then recommend it to your FB friends. Repost Westward’s trailer on Facebook/Twitter, maybe on your page, maybe on your friend’s page, maybe on the page of your favorite local comic store. If you belong to a comics-oriented message board, post a link to the 26 page preview of the first chapter and let users decide for themselves.

Here are a few quick links that may come in handy:

I represent a comic book shop interested in receiving free promotional materials like prints, postcards and stickers for Westward. How can I get in touch with you?